6 Reasons You Need Bloody Marys In Your Life 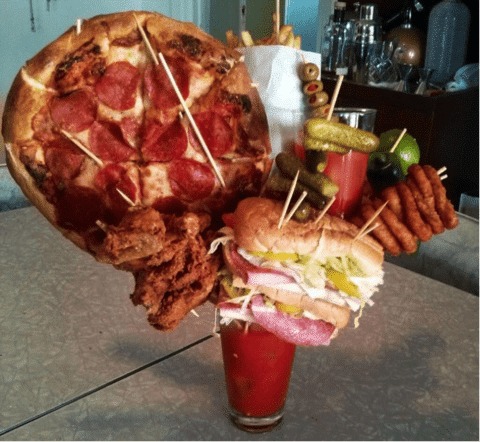 Bloody marys are arguably one of the earth’s greatest gifts to us humans.

I mean they essentially come straight from the earth…tomatoes and pepper and what not 🙂 You know, completely natural, healthy ingredients that make us so happy.

That’s reason enough to go get yourself a bloody mary this instant. But if you aren’t convinced yet we have some more reasons as to why you need bloody marys in your life.

And because you’re going to need a bloody mary as soon as you finish this post, you’re also going to need to get some Stu’s THIS IS BLOODY MARY MIX.

Go get ya some of that deliciousness.

Reason number one: you get to have two meals without saying or admitting that you are eating two meals at the same time. A bloody mary is nice and filling on its own, so if you’re around people that “pick at their food” and you are starving but feel weird inhaling the food, just drink a bloody mary. Boom, appetite satisfied. Pick away at the little hors d’oeuvres without wanting to take the whole tray.

You especially get two meals if you order your bloody mary at a restaurant, the garnishes that they hook you up with are unreal. Have you seen our insane and delicious bloody mary garnish post? Some places go ALL out. Toast, cheeseburgers, chicken…I mean you name it and it probably comes in a bloody mary somewhere.

Reason number two: they are natural and healthy…and come from the earth. Are you really health conscious? That’s nice. You don’t even have to worry about being healthy when drinking a bloody mary because one of the main ingredients is tomatoes. Tomatoes are a veggie. Veggies come from the earth. Therefore, bloody marys are earthy and healthy.

Also, a common bloody mary garnish is celery. And celery actually burns calories when you eat it …so put all the bacon, salt, sugar and whatever else in your bloody mary that you want. Because life is all about the balance and veggies balance out everything.

Reason number three: you can drink a bloody mary at any time during the day, like literally as soon as you wake up, and no one judges you…because it’s a bloody mary.

A bloody mary has- thankfully- been accepted by all of society as a drink that you can have whenever you want it. People for sure judge you if you crack open a bottle of red wine at 9am or even a beer.

But a bloody mary? You drink your bloody mary whenever you effing please and no one questions it. Ah, there is such beauty in no judgment. So get your Stu’s bloody mary mix, grab your tomato juice and your vodka and go make yourself a bloody mary right now…because society says you can. Have too many martinis or beers the night before? That’s cool, no worries, wake up in the morning, muddle some herbs, get your bloody mix, and make yourself a bloody mary and boom your hangover is cured. No regrets. Since bloody marys are filled with tomato juice- which is an antioxidant- you’ll be set. Eat some toast with your bloody mary and you’ll be ready to hike a mountain. Rally and go. Or lounge and watch Netflix all day. We aren’t judging. 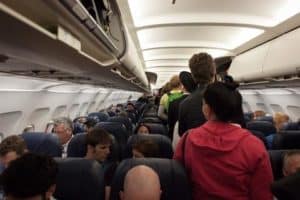 This one is fairly legit. We came across an article in Esquire that said so:

“A new study, published in the Journal of Experimental Psychology: Human Perception and Performance, found that airplanes’ environment simply makes tomato juice taste better. And it’s not due to the airplane’s levels or altitude—it’s the noise.

Researchers at Cornell had 48 participants taste different tomato juices, whose tastes ranged from bitter to salty to sweet. As different noise levels surrounded the participants, they drank and rated the juices’ intensity. Turns out, a high-noise environment like an airplane cabin can really tweak your tastebuds. Participants in a noisy environment had more trouble tasting sweet flavors, while they were better able to taste savory “umami” flavors, like those in tomatoes.”

So there ya go. Science says they taste better in airplanes. So even if you are an avid bloody mary drinker, you don’t have to admit it while in an airplane, just say that you only enjoy them while traveling, explain why, sound smart…and enjoy your mary. As we said at the beginning of this very informative and educational post, bloody marys are arguably one of earth’s greatest gifts to us humans…the second greatest gift? Brunch. Brunch is the second greatest gift to us humans. Get your friends together and go consume as many calories as you can before noon. Pancakes. Syrup. Benedicts. Bacon. Eggs. Toast. Alcohol. Seriously how could your Sunday get any better? Use “let’s go get a bloody mary” as a tool to get your friends to brunch with you. Nobody will regret that walking out of the restaurant.

We hope you learned a lot. 🙂 It’s now time for you to order your Stu’s THIS IS BLOODY MARY MIX and go make your bloody mary! No one is judging, everyone else will just want you to make them one. Happy mixing!